Download your own copy of the Pocket Guide to the Town of Widdershins, Mass., featuring the very first published adventure for Widdershins: the RPG, "The Phoenix and Ouroboros" by Shane A. M. Matheson.

Widdershins Knows its Own.

Those who make it their true home know the words.

From every corner of the continent, and even across the waves, it calls them. It is a haven for the strange; for the unwanted; for the monstrous rebels.

In a world controlled by incomprehensible, uncaring forces that thoughtlessly consume lives for their own ends, Widdershins is a bastion of hope.

But beware: it is not for the faint of heart. Do not pay attention to the hooded figures that creep around every corner. Stay clear of the powerful industrialists who traffic with forces from the Outside. And don’t get lost in the museum library, with its unnatural twists and turns and rare grimoires.

Widdershins is a place for the outsiders, and it has called you.

Widdershins: the Roleplaying Game is based on the Whyborne & Griffin series by Jordan L. Hawk. In Jordan’s books, you are taken on a series of eldritch adventures with a team of investigators who seek to unravel the deeper mysteries behind cults, fallen gods, and alien threats which place Earth in grave danger. But as the story unfolds, and the team draws tighter together, they begin to tap into their own abilities—abilities enough, even, to overcome once-insurmountable odds.

Through these novels the reader sees familiar themes shown in a brand new light, where Lovecraftian perils are at once familiar but distinctly different. In Widdershins: the RPG, you have the chance to explore the world of these novels in your own way, solve mysteries, and make new companions and allies in the fight against those who would claim dominion over the world.

The Promise of Romance in a Lovecraftian Universe

The universe of Widdershins sits at the intersection of two seemingly contradictory genres. On one hand, familiar to tabletop roleplaying, is what is known as the Lovecraft Mythos—though countless authors have now contributed to what we consider the “canon” that makes it up. The Mythos as we understand it is dark and gritty; its central premise is that we are small and ineffectual, and that we stand no chance against the larger, indifferent forces of the cosmos.

On the other hand, we have the Romance genre. Contrary to some misapprehension, Romance is not about love. So much literary fiction involving interpersonal relationships has been mis-classified as Romance, when it breaks its central promise and conceit: that the good guys win, that the love interests get together, and that—at least, for now—things will be alright. However, Romance fans will note that this does not preclude any amount of suffering, terror, or heartbreak along the way.

Whyborne & Griffin, and the expanded universe of Widdershins, asks what happens when we attach a piece of buttered toast to the back of a cat, and chuck both out a window, metaphorically speaking. On which face, genre-wise, does it land?

In Whyborne & Griffin, the cat of Romance always lands on its feet (and, as a sidenote, cats in the Widdershins universe are treated extremely kindly). In some ways, Widdershins: the RPG follows in the footsteps of its source material.

A System Built to Tell Stories

Our brand new system, built just for Widdershins: the RPG, pares down to the basics of what makes a story go, and uses revolutionary mechanics to keep the narrative flowing.

Widdershins: the RPG's core mechanic is its Traits system, from designer Sarah Kennedy (Star Trek Adventures, Never Going Home). The important aspects of your character are pared down into easy and simple rolls, requiring players to think holistically and realistically about how they overcome Challenges and face Threats.

Widdershins: the RPG's Goal mechanic provides not just a great way for players to keep on top of what they should do next, but also amazing opportunities for the Narrator of your campaign. Just like in Whyborne & Griffin, villains and adversaries feel real and fleshed out, because they're acting toward their own goals--just like the Main Characters.

Our source materials, the Whyborne & Griffin books, are a queer romance series. For this reason, many of the themes you will see in this game—both overt and covert—are constructed through a queer lens. This game will make reference to romantic partnerships between people of the same gender identity, as well as spotlight gay and trans characters in its fiction and metaplot.

In addition, this game has been designed with intersectional concepts in mind. In the Whyborne & Griffin books, the town of Widdershins is markedly different from the rest of the world it inhabits. It is a haven for society’s outcasts, supernatural or not, and a place where those who are different can be themselves without fear of retribution. There are those who might call this fantastical, but this is also a game in which sorcerer’s fire is a lethal hazard for any gunman, so please take these criticisms with a grain of salt.

One of the major themes in Widdershins: the RPG is the power of community—especially communities of vulnerability. While an individual may be powerless alone, with compatriots who understand them, they become much more effective. For this reason, the mechanics of Widdershins reward cooperation, and taking an interest in one-another’s goals and aspirations.

Just as we encourage teams of Widdershins characters to form healthy and supportive emotional bonds as a tactical advantage in the face of despair, we also encourage any romantic entanglements among player characters—as long as the players involved enthusiastically agree to this aspect of gameplay.

We're reasonably sure that this is a finished product, but we'll be responding to feedback live so you can see how we react to fans and to criticism. 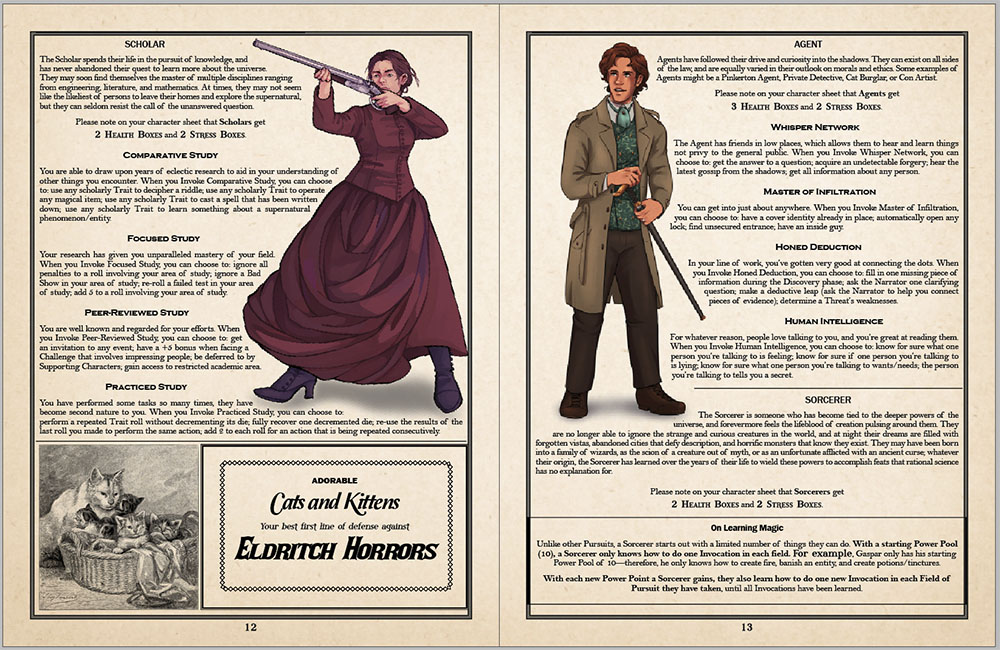 (Psst., if you liked this, you can go to www.kickstarter.com/projects/libomni/widdershins-the-roleplaying-game to support our project and get more content as it's released!) 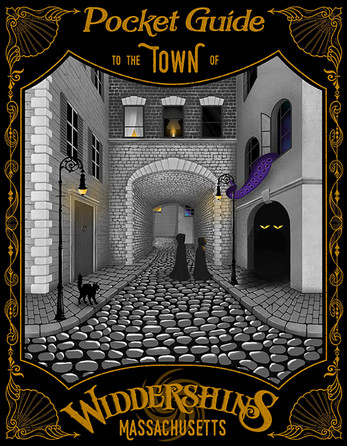